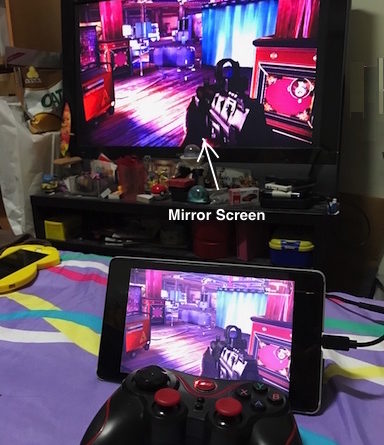 Nintendo Switch – a new console made by Nintendo – which was officially announced last October 2016 has caught so many gamers eyes, both casual and hardcore.
What impress me, other gamers and probably including you (that’s why you read this article) is that the Nintendo Switch capability to “switch” between the traditional console – which requires you to sit nicely in front of TV – and mobile – where you can play anywhere you like anytime you like – just like gaming in a smartphone or tablet.
While waiting for Nintendo Switch which is planned to be released on March 2017, now you can have the same experience, gaming on mobile and whenever you like “to switch” to game on big screen, by creating your own Nintendo Switch-alike console.

If you don’t have 7-inch tablet, you can use tablet of any size or even you can use smartphone. Device running Android is more preferred for this. However if what you have with you is Apple device (iPad or iPhone), you can still proceed.

2. an HDMI adapter and an HDMI cable

We are trying to hook up your tablet to your TV, so we need and HDMI adapter for this to work.
Different tablet (or smartphone) use different kind of adapter. Just make sure your tablet or smartphone have this feature to output to TV.
Those from Samsung, HTC, Sony, usually use MHL standard, so look for MHL adapter.
Nexus device, such as my Nexus 7 2013 version, is using SlimPort adapter.
Those using Apple device, look for lightning to HDMI adapter or for older Apple device, look for 30-pin to HDMI adapter.
Whichever HDMI adapter you use here (MHL adapter, SlimPort, Lightning to HDMI or 30-pin to HDMI), let’s just call it HDMI adapter in the rest of the section.
On top of the adapter, you’ll also need the male-to-male HDMI cable. If you have the latest console like PS3/PS4/Xbox 360/Xbox One, then you have it already, you can take and use it for this purpose.

For the sake of gaming on a big screen, yes you need a TV with an HDMI port. As long as your TV is flat screen-type with flat body, your TV should have the HDMI port needed.

5. a micro USB cable and a wall charger (optional)

Last but not least, the games themselves. Install any kinds of games you like. Just make sure your game supports controller.
For Android, you can install games from Google Play which has controller compatibility such as GTA, Gangstar Vegas, Modern Combat 5 and many more.
For iOS, except you jailbreak your device, you can only install games from the App Store. Choose games that have controller compatibility.

We are done for the “ingredients”. By looking on the “ingredients” above, I bet some of you have guessed correctly what I am about to tell and explain to you in step by steps, you can proceed on your own. But for those who don’t, please continue to read below.
Disclaimer: I am not going to build Nintendo Switch nor its software nor its games here, I will just show you how you can have (almost) the same experience by combining whatever (most of) you have with you right now to be able to play games – just like Nintendo Switch – everywhere: on small screen, on big screen, even compete or co-operate with friends online and offline.

With your tablet or smartphone you have with your right now, you are de-facto able to play games on mobile, and now with these steps below, you can play games on your big TV.

Here’s how to do it:

What are the games you can play with Controller?

With now you can see your tablet or smartphone screen being mirrored on the big TV, what are the games you can play on it with controller?
Unfortunately not all games on Google Play store or App Store are compatible with controller.
I won’t and can’t list all of them here, but here’s a few genre that is usually supports controller:

Yes emulators games are indeed compatible with controller since they were originally designed to be played with controller. If you are using Android, it’s super easy and plenty of choices to download and install emulators. NES, SNES, Sega Mega Drive/Genesis, Sega Master System, Game Boy/Color/Advance, Nintendo DS, PlayStation 1, Nintendo 64 and so on.
If you have two bluetooth controller with you and the emulator supports two controller connected at the same time and you have the emulator games that can be played with two players, then you have a full console experience here.

Same like first person games, racing games from a known and/or big developers usually supports controller. Some games on this genre are Asphalt 8, Beach Buggy Blitz and Riptide GP.

Same like above, some games on this genre are GTA series, Gangstar Vegas, Sonic The Hedgehog 1 and 2, Final Fantasy III and IV.

Gaming on mobile is awesome, you can play them everywhere you are going. However there is this exciting feelings to game on a big screen with controller, especially if you can pair with friends/siblings. While the games are likely easier to handle with controller, you can let your eyes immerse in the beauty of big screen. Try yourself now 🙂 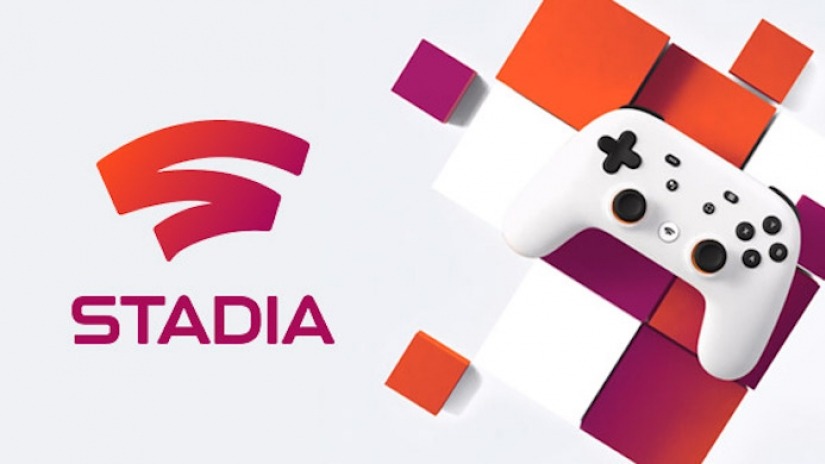 Build Your Own Google Stadia. Play PC and Console Quality Games on any Android or iPhone – No limit, no waiting!