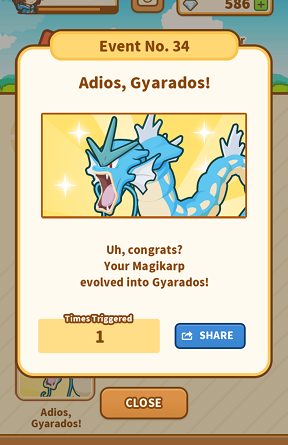 Android Android Free Game iOS iOS Free Game
June 16, 2017 Jonathan Jilaxzone 0 Comments game hack, jilaxzone, Pokemon Magikarp Jump, secret, unlock Gyarados
Have you started playing the Pokemon Magikarp Jump game? If not, check here for the download link, review and walkthrough.
Do you know that the weak Magikarp is able to evolve to one of the most powerful Pokemon?
In case you don’t know, yes Magikarp is able to do that, evolving to Gyarados – the dragon. And to your surprise you can even evolve it inside the Pokémon Magikarp Jump game. However, due to the game is mainly about Magikarp, that’s why it’s evolving ability is sealed.

Here’s how to remove the seal, unlock and get Gyarados

Yes you are reading it right, the Magikarp evolving ability is by default sealed in the Pokemon Magikarp Jump, but that doesn’t mean you can’t unseal it. Short answer, yes you can unseal it and turn your Magikarp to be Gyarados. Here’s how you do it.
1. While you are in the pond and inside the water, keep tapping on Magikarp’s body.
2. After some time tapping it, you’ll get notification that everstone is broken. Everstone is a stone available in your item inventory that prevents your Magikarp from evolving to Gyarados.
3. Once everstone is broken, the next step is to feed and level up your Magikarp until it reaches its maximum level. And that’s should be it.
The moment Magikarp reaches its maximum level, it will then evolve to Gyarados. Well, congratulation, you just unlocked Gyarados.

Ok great now that Gyarados is unlocked, how to use it for battle?

Unfortunately, Gyarados is not allowed in the Magikarp Jump tournament simply because it’s not Magikarp anymore. So in other word, you just wasted your Magikarp. The moment it turned to Gyarados, it needs to retire.

Yes turned out there are multiple color Gyarados. To get different color of Gyarados, try different pattern of Magikarp then evolve it to Gyarados using methods mentioned above. Try with Gold and Pink pattern Magikarp and see yourself. Cheers! 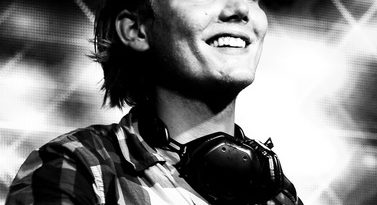 Lessons You Can and Should Learned from the Death of Avicii 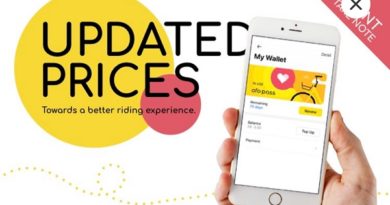