Android Android Free App Android News How-To Tech
January 31, 2018January 31, 2018 Jonathan Jilaxzone 0 Comments amir zaidi Google Pixel 2 Launcher, Google Pixel 2 Launcher download link, jilax zone, jilaxzone, Pixel 2 DIY, Transform Android to Google Pixel 2
One of the biggest advantages Android device has over its competitor (read: Apple with iOS) is the ability to alter how the device looks and behave using different kinds of launcher. No matter which brands you are using, as long as its an Android based device, then you can change the way it looks and behaves by changing its launcher.

On the other hand…Google Pixel 2 looks tempting…

Apart from hardware features such as full screen smartphones and gorgeous camera, few key software features that Google Pixel 2 and Pixel 2 XL offer are:
1. The fresh new launcher
2. and Google Assistant
And those 2 key software features are exactly the ones I am trying to share here, where you can customize and make your existing Android devices (phones/tablets) to look and behave the same like a real Google Pixel 2 or Pixel 2 XL.
All you need to do is to download, install and apply Google Pixel 2 Rootless Launcher now on Amir Zaidi’s GitHub page here.
Once downloaded, install it. Don’t forget to enable install from Unknown Sources by heading to Settings on your Android device. Under Settings, head to Security, select “Lock screen and security” and toggle on “Unknown sources.”
Once installed, set the Google Pixel 2 launcher as your default launched by pressing the home button and it will ask you to pick a new home screen app. Select “Pixel Launcher” and set it to Always.
Voila! You have a brand new Google Pixel 2 (looks)!
To maximize the launcher features, do consider to also update your Google related apps to their latest version: Google Search, Google Maps, Google Keep, Google Calendar, and whatever Google apps you have and use.

Google Pixel 2 Launcher on my device

See my now-considered-old Nexus 7 2013 devices with its super thick bezels running stock Android 6.0 Marshmallow with smooth and buttery Google Pixel 2 Launcher and Google Assistant.
Can you guys imagine, how lovely is that. It’s like I’m getting a brand new device!

This is the main interface.

What are you waiting for? 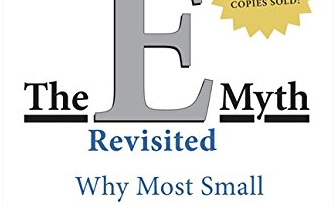 Book Review and Summary: The E-Myth Revisited: Why Most Small Business Don’t Work and What to Do About It

Apple Pay: What it is, How to Setup and Use it, The Advantages and Disadvantages are