As long the battery can support, the hardware and software are optimized for it, plus if there are really usable functionalities taking advantage of the always-on display, then it makes sense to have the said feature.

Just for comparison, Samsung has implemented always-on display long time ago, if I’m not mistaken it was since Samsung Galaxy S6 (back in 2015 – when Apple released iPhone 6S), but anyway it’s really typical Apple style who always being late in the game, but getting it right and implementing it the right way (read: less gimmicky).

Why next gen iPhone will have Always-On Retina display

Apple has started implementing Always-On display feature on its Apple Watch Series 5 (2019 model), so likely the next gen iPhone or two shall have the same feature because in case nobody seen the pattern yet, so far Apple has been using Apple Watch as their testing ground and if it deemed successful, it will bring the same feature to iPhone. Don’t believe me? Let me bring you out the facts.

Haptic Touch was first implemented also on the same first generation Apple Watch back in 2015, then 4 years later in 2018 the same feature also is implemented on iPhone XR and eventually on all 2019 iPhone models (iPhone 11, iPhone 11 Pro and iPhone 11 Pro Max).

Today as you know and as I mentioned above, the latest generation of Apple Watch – the Series 5 – has already have Always-On Retina display feature. It’s just a matter of time until Apple implement the same feature on iPhone which hopefully won’t take 3-4 years later to bring the feature into iPhone.

Use cases why you need Always-On Retina display screen

These are some use cases I can think of why iPhone needs Always-On Retina display screen too. Most of them are inspired by Samsung though.

I can’t think of other compelling possibilities of having the Always-On display screen, but all the use cases mentioned above – I guess – are more than good enough reason why iPhone needs the feature. 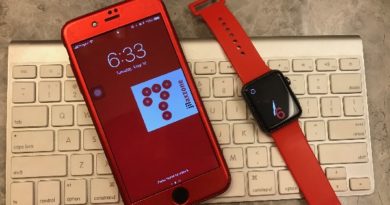 Next Gen iPhone is iPhone Classic