For new starters and beginners in data streaming world (I was in this position 3 months back), especially to those who just met and get to know with Apache Kafka (in short Kafka) and Confluent Platform (in short Confluent), most of you likely confused on what’s the differences between Kafka and Confluent. Few questions are popping up in your head, like: Is Kafka = Confluent? Is Confluent who made Kafka? Or Kafka made Confluent? Are they different product having similar name? Or what?

Android is a product.

While Samsung is a company.

Samsung does have Android version of its own, with skinning and extra features on top of what original Android has.

When there’s a new version of Android come out, Samsung will take the code base from Android and apply the necessary skinning (the Samsung TouchWiz or One UI) plus additional compelling features.

Same goes to Kafka and Confluent.

Kafka is a product.

While Confluent is a company.

Confluent does have Kafka version of its own, with skinning and extra features on top of what original Kafka has, marketed as Confluent Platform.

When there’s a new version of Kafka come out, Confluent will take the code base from Kafka and apply the necessary skinning (the Confluent Control Center) plus additional compelling features (Connectors, KSQL and many more – see below for full list).

The difference between Android & Samsung vs Kafka & Confluent

Features wise, at the time this article is written – as of Confluent version 5.1 and Kafka version 2.1.0, these are the differences and additional features that Confluent has.

As seen on the image above, Apache Kafka provides the basic fundamental what a streaming platform delivers. While Confluent with its Confluent Platform provides additional features that makes Apache Kafka not only developer friendly but also more robust for enterprise use: KSQL, Connectors, Control Center, Replicator.

While Confluent Platform, they have both open-source FREE to download and Enterprise paid package with 30-day FREE trial. Both can be downloaded here.

PS: additional features may be added in the future both to Kafka and Confluent.

Why you should still consider buying iPhone 7 in 2017 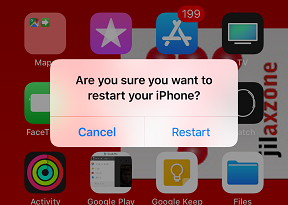 How to Restart Your iPhone, iPad and iPod Touch Easily on iOS 11