You don’t need emulators to play and run these games nor you need to buy the mini console: Sega Genesis Mini / Mega Drive Mini. Though most of these FREE games are coming from Sega Genesis / Mega Drive, but there are also games from Sega CD/Mega CD and Dreamcast as well as Sega Arcade and renewed games with same gameplay.

As someone who grew up in 90’s, playing SEGA Genesis or known also as Mega Drive brings me back that nostalgic feeling. Playing couch co-op with my little brother. However, regardless of who you are, be it someone who born in 90’s (or before) or millennials, but I can assure you these games are worth playing for (or revisiting).

These are the games, sorted alphabetically.

The gameplay is really classic. Start as human, while collecting power-ups to turn you to beast with the ultimate power.

It is a unique game. It was one of the last few Sega Genesis/Mega Drive good games. You play as the comic creator which get sucked into his own comics. Defeat the bosses to return you back to normal world.

Wanted to know how it feels like to be an Uber driver? This is the game.

Like Iron Man, a story about a police who can turn himself into metal armor.

Classic couch co-op game not to be missed. Ensure to chase and hit the animal thief hard!

One of the greatest Sega Genesis game of all time. Also a great couch co-op game. I used to spend countless hours playing the game with my little bro.

The game story is back in that 80-90s era where all kids are playing arcades. One of the hologram arcades that many kids playing become real, the boss escape the arcade world to begin kidnapping the kids. The game is pretty much similar to Mario Bros, stepping into enemies, jumping to get treasures.

One of SEGA early RPG game. This game released even before the original Final Fantasy series appearing on Nintendo console. Can you save the Mother Brain from malfunctioning? The classics has 2 games inside: Phantasy Star and Phantasy Star 2.

Used to be an exclusive for those who own Sega CD / Mega CD peripheral. Enjoy the Sonic movie as part of the game.

The original Sonic. This is the game who sets apart Sega Genesis / Mega Drive from Nintendo.

Sequel to the original Sonic. This time with new friend introduced: Tails. You can play co-op together.

One of my favorite Sega Genesis / Mega Drive game. This is also one of the game I spent countless early morning (like 5am), woke up just to play this game with my little brother.

Sequel to the original Street of Rage. No more Adam, but you get 2 additional characters: Max and Skate. This time, no more police helping you to combat the thugs.

This is not necessarily an old game since the game was made on 2018, however based on 2001 Dreamcast/Arcade.

22) The Revenge of Shinobi Classic

With 23 FREE games, for sure it will take some time for you to finish all of them.

Which one do you like most? Do you have any favorite? Do give your comments down below on the comment section.

My favorite is Street of Rage.

iPhone Flashlight – Could be Your Life Saver, Now with 3D Touch 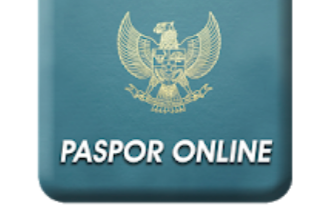