Playing games with CEMU with Intel-based GPU PC? Why not!

On CEMU official front page, it’s stated Intel GPU is not officially supported – expect heavy visual glitches. But that doesn’t mean you cannot run CEMU and play Wii U games on PC with just Intel graphics. I have tried a few combinations and so far it works great. So let me walk you through on the settings I set on my Intel-GPU laptop.

The reason I’m writing this article is because I believe out there, there are many people who would like to try CEMU but may not have a good hardware to run it and get discouraged when seeing CEMU front page telling Intel GPU is not officially supported and to expect heavy glitches. By saying good hardware, I mean those PC with NVIDIA/AMD graphic cards. With some tweaking on the Windows settings, people with Intel-GPU computer can actually enjoy CEMU without much compromise.

Before coming to the tweak portion, let me show you my computer spec, so at least you get the idea on the hardware I’m using to run and play CEMU comfortably.

CPU: Intel Core i5 8th Gen (8265U @1.6GHz). Do note, U-series processor is meant for mobile/laptop which is designed for longer lasting battery.

CEMU and games are stored and run from an external USB 3.0 HDD (non SSD) connected to USB 3.0 port.

In case you are interested with the same controller I use, here’s amazon link to get it.

In case you can’t see the above Amazon link, do click here to get your retractable Bluetooth controller like mine.

To note: in case you purchase anything from the Amazon link above, I shall earn a small commission at no extra cost on you.

I’ll start with the Generic Settings then continue with game-specific settings. All the settings below is based on the computer specs above, running Windows 10. If you are using a different Windows version, the steps below may not be exactly the same on the version of Windows you are running, so in case you can’t find it, try asking on comment below or do Google.

2) Set Graphics settings for CEMU to priority high performance. Still on the same Game Mode menu, on the top right, you’ll see the “Graphics settings”, click on it. Click “Browse”, then find and select CEMU.exe. Once CEMU.exe is added to the list, click on “Options”. On the pop-up window, select “High Performance”. Click on “Save”.

4) Lower Computer Resolution. The lowest resolution you can get and comfortable with, the easier the GPU will process during screen rendering which translates to a faster CEMU and games played. I would recommend 800×600 for most games, but for certain games, you may want to go with 1024×768. To set computer resolution, from Windows desktop screen, do right click then click on “Display Resolution”. Under Display Resolution, change to either 800×600 or 1024×768 then click on “Keep changes”.

5) Close all (unused) programs and services. To free up Computer CPU and RAM. Don’t worry, those programs and services you are going to close, you can restart them again after done playing with CEMU. The easiest to check which programs and services running on the Windows is by checking it from the Task Manager. Press Ctrl+Alt+Del, then click on “Task Manager”. Under “Process” tab, end as many programs as you can. Go to “Details” tab, check if there’s anything you can close. Once done, keep task manager opened for the time being.

6) Set CEMU Priority as Realtime in Task Manager. Run CEMU by double clicking on CEMU.exe. Then open Task Manager if you close it on the previous step. On Task Manager, go to “Details”, find “Cemu.exe”. Do right click on “Cemu.exe”, select “Set Priority” then choose “Realtime”. When prompted, choose “Change priority”. You need to redo set this up every time you start CEMU.

7) Set CEMU to use OpenGL. I get it, Vulkan is faster, but crash more often. Using OpenGL so far I never crash any games during play time. On CEMU, go to Options > General Settings > Graphics.

Under Graphics API, set to “OpenGL”.

Under Precompiled shaders, set to “Auto”.

Then untick the “Full sync at GX2DrawDone()”. On certain games like Mario Kart 8, ticking this option will crash the game.

Under Downscale filter, set to “Nearest neighbor”. Setting both to nearest neighbor won’t give a high load to CPU to compute when upscaling / downscaling is happening.

8) (Optional and won’t give any benefit) Turn on the FPS. So that you can monitor the game FPS and see if all these settings are actually giving improvement to the game. On CEMU, go to Options > General Settings > Overlay. Tick “FPS”, “RAM usage”, “VRAM usage”, “CPU usage”.

That’s it for generic settings that applicable to all games.

One of the great things about CEMU is that it has Graphics packs. Though initially it was a way to alter/patch the graphics in the game, but nowadays the same menu also shows you tweaks unrelated to graphics but more for performance / error fixing for game specific settings. Here they are list of game specific settings I used to run the games and play smoothly on Intel-based GPU computer. They are on alphabetical order. Game list shall be updated whenever I play a new Wii U games and found specific game settings required to play the games.

To access all the tweaks below, on CEMU, go to Options > Graphic Packs. Type in the game title on the filter.

Using the generic tweak settings and this game specific tweak settings, I can get 17 FPS during the game play, though looks slow but it’s highly playable, no significant lagging (I guess it’s doing frame-skipping).

Kirby and the Rainbow Paintbrush

I didn’t activate any Graphic packs tweaks for this game. Using just the generic tweak settings, I was able to get 45 FPS on average during 2 players game – which is good enough and game is totally playable. You may want to consider lowering the resolution to get higher FPS though.

Similar to New Super Luigi U, I didn’t activate any Graphic packs tweaks for this game. Using just the generic tweak settings, I was able to get 45 FPS on average during 2 players game – which is good enough and game is totally playable. You may want to consider lowering the resolution to get higher FPS though.

Similar to New Super Luigi U, I didn’t activate any Graphic packs tweaks for this game. Using just the generic tweak settings, I was able to get 50 FPS on average during 2 players game – which is good enough and game is totally playable. You may want to consider lowering the resolution to get higher FPS though.

The Legend of Zelda: Breath of the Wild

Under GPU Specific workaround for OpenGL:

Using both generic tweak settings and this game specific tweak settings and without lowering the resolution of the game (since this game is pretty detailed, so I hesitated to lower the game resolution), I can get only 10 FPS playing this legendary game. However, thanks to “Dynamic Gamespeed” tweak, though it’s only 10 FPS, but you can play the game without any lagged (it does frame-skipping). In case you want to increase the FPS, consider lowering the game resolution.

What are you waiting for? Just because you only owned Intel-based GPU desktop/laptop doesn’t mean you can’t enjoy and play CEMU comfortably. Use the settings above and enjoy!

I managed to complete Mario Kart 8 2 players with the settings above. 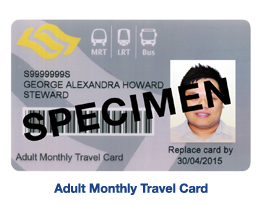 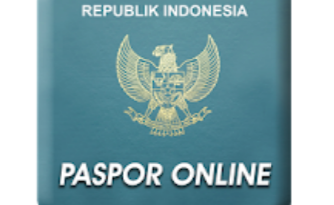