SEGA Dreamcast was launched back in 9 Sep 1999 (US release date), it was the last Sega non-mini console before finally deciding to stop making hardware and focus only on software (games). Sega Dreamcast shelf life-span was only less than 2 years (if you count from US release date until the date it’s getting discontinued world-wide). It was discontinued world-wide on 31 March 2001. Though it has such a short shelf life-span, but there are tons of great games – in this case great multiplayer games – you can play on the system and thanks to its 4 controller ports, there are many multiplayer games that were designed and created to maximize the feature – available to play in 4 players locally.

In case you don’t know, though Sega has officially discontinued the console 21 years ago (at the time this article is written), but fans throughout the world were, are and going to still support the Dreamcast. Long live Dreamcast!

Here’s how to play these Sega Dreamcast games today

Like I said, nothing beats the experience of playing all amazing and best Dreamcast games on the original hardware, using original controllers and accessories – even better now, you can upscale the game into HD quality using the help of upscaler. Here they are links where you can get them today – in case you are interested to get one.

Recently rumored that SEGA is planning to revive the Dreamcast by turning it into a mini console. Jump to the section at the bottom to hear comments from gamers and Sega fans on the rumors.

These are the components to DIY your Dreamcast Mini.

There are various Sega Dreamcast emulators across many platforms, you just have to try them out yourself and see what’s best for yours. I can’t really recommend them because some of them requires more CPU power, some of them don’t have good UI. But for your information only, I’m using Reicast on Android and Flycast on Windows (via RetroArch).

These are the list of Sega Dreamcast Multiplayer games

SEGA Dreamcast is the closest machine from SEGA to its Arcade counterparts. As a results there are tons of multiplayer Arcade & Arcade-quality games ported or specifically created for the Dreamcast.

The list shown here are games I played before. I include a companion YouTube videos & purchase link for every game I played before (the videos weren’t me uploading) so that you can easily acknowledge or recall if you – too – ever played the games before and in case you want to buy any of the games.

Who doesn’t know Bomberman? Long before battle royale become something common, like what you see on Fortnite & PUBG, Bomberman was the first few games – if not the first one – to introduce the battle royale game mode.

Originally released for Arcade, then ported to Sega Dreamcast. Hack & slash the enemies by playing 4 players together.

The must play for shoot ém up fans. The game was originally an Arcade game then ported to Sega Dreamcast.

Another port from Arcade, Capcom brought this game to Sega Dreamcast. There are in total 56 playable characters to choose from. Next Generation magazine stated, “This is the best 2D fighting experience available on the console”.

If you like Contra series, then you must love this game too.

One of the party games you should not missed on Sega Dreamcast.

Once you managed to figure out the camera system, the game is pretty good to play together.

A racing game like no other. To win, you need to run, slide and swim!

This is the go-to fighting games if you think Street Fighter is boring. Every characters has specific endings, so be sure to beat the game with all the characters.

Quake 3 Arena for Dreamcast is one of the example where console porting done right. While there are newer Quake games on newer platforms, but Quake 3 for Dreamcast is still a great game to play with.

Red Dog is one of the best action shooter games made for Dreamcast. The graphics are great and the fun is limitless.

Not only it’s different and distinctive, but also entertaining and addicting. This game is simply the best music rhythm game for Sega Dreamcast.

Another port of Arcade games, the graphics was considered realistic back in the day with great control and physics. Arcade racing fans sure will be drooling over this game.

If Nintendo has Mario Party, Sega has Sonic Shuffle as a party game for Sega Dreamcast.

Soul Calibur was one of the best selling titles in Dreamcast and the second highest rated game of all times (the first is The Legend of Zelda: Ocarina of Time). There are additional 10 characters brought to Dreamcast when this game was ported over from the original game: Soul Edge.

Who doesn’t know Street Fighter? Another successful ported from Arcade. It has 18 playable characters.

If San Francisco Rush 2049 is more to an Arcade Racing game, Test Drive Le Mans is in between Arcade racing and simulation. Considered as the best GT-style circuit racer on the system.

Another Arcade port for Sega Dreamcast. The House of the Dead was one of the launch title for the system.

Originally released for PlayStation then ported to a few other systems including Dreamcast. Before today’s remake of Tony Hawk’s Pro Skater 1+2, the Dreamcast version was the best in terms of textures and animation (if compared to PlayStation version).

You are shrunk to a size of mouse and are commanding army of toy vehicles. This is Sega Dreamcast exclusive game.

The Typing of The Dead (2 players)

If The House of the Dead is using a gun to kill all those zombies, on The Typing of The Dead, instead of using guns to eliminate those zombies, all you need to do is to type whatever written on the screen. This game is hilarious and fun to play with!

Another port from Arcade, Virtua Tennis is the game to play if you like sports especially tennis. The look, feel and sound are super and so realistic back in the day. This game can be a party games when you play it 4 players.

Since Sonic All Stars Racing Transformed wasn’t released for Dreamcast back then, Wacky Races is the best you can get to play Cartoony combat racing game.

Long before Team17 created the world famous Overcooked! series, it created Worms World Party. Like the title suggested, this game is another party game you won’t miss it out if you have 4 players ready.

Hey, Sega Dreamcast Mini is rumored to be coming!

In case you haven’t heard the news, yes Sega Dreamcast is rumored to be coming back as a mini console. Hear what YouTuber RGT 85 said.

Hear out also thoughts from Sam Procrastinates – a long time Sega fan on his thoughts on the rumored Sega Dreamcast Mini. 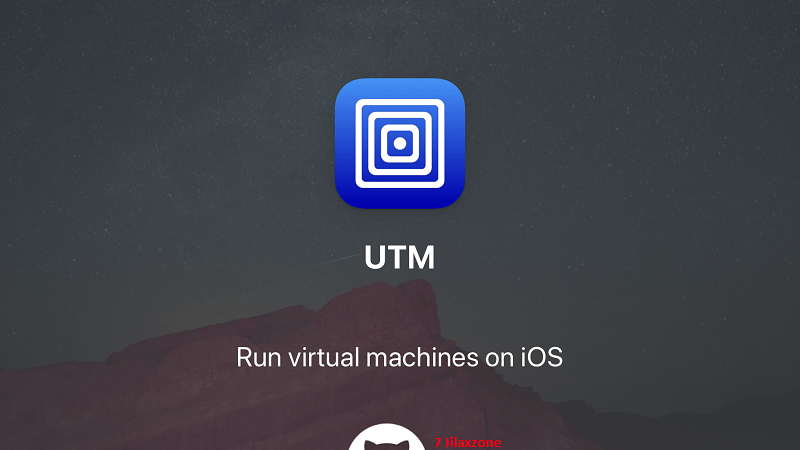 Virtual Machine for iOS: Guide how to download and install UTM VM app on iPhone without jailbreak