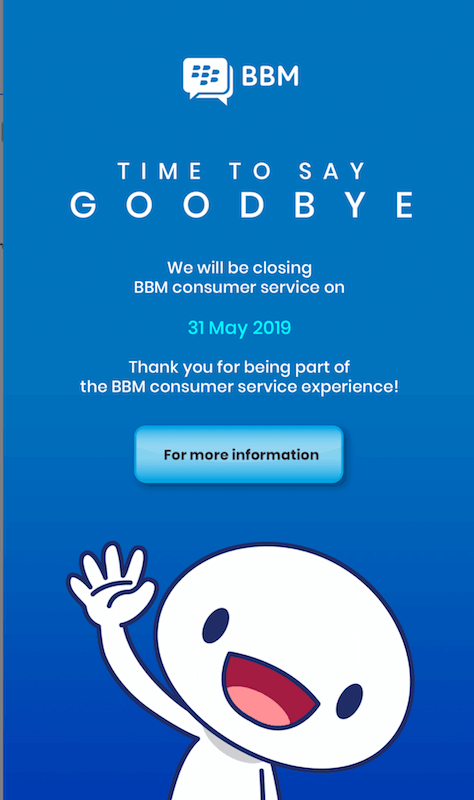 Wait, do you even know what is BBM – a.k.a Blackberry Messenger?

High chances if you landed into this page is either you know or you heard of BBM before. But in case you have really no idea, think BBM just like WhatsApp but made and operated by Blackberry. It used to be available exclusively for BlackBerry devices only but recent years, due to fall of interest on people in getting and buying Blackberry devices, they made it available across Android and iOS platform.

Blackberry is killing its own child: BBM.

It sure sounds like Blackberry is a terrible parent.

I bet it’s really hard decision Blackberry has to make. But BBM or known as Blackberry Messenger, has lost its momentum long time a go – when WhatsApp and other similar messaging services came out and became popular back in 2011-2012 time. Plus, compare to its competitors, BBM was lack of innovation and pretty behind to apply all things people like – fluid UI, performance, voice call, video call, group call, stickers – and when finally BBM had those features inside, most of its users had happily switched to different platforms and never looked back.

BBM, like other messaging services, needs resources and maintenance to operate it. R&D too required for BBM to keep competing and staying afloat from competitors. Resources need both people and machines (servers). All of them, people, machines, maintenance and R&D requires money. And since Blackberry Messenger now – before 31st April 2019 – is available for free, Blackberry isn’t getting anything from it. There’s ads inside BBM and there’s store selling stickers, but with plenty of its users leaving the platform, those 2 alone won’t cover all the required cost – making Blackberry to bleed each and every day to cover the cost. That’s the reason Blackberry has to close Blackberry Messenger.

WhatsApp is owned by Facebook. So in terms of budgets to keep WhatsApp alive, you don’t need to worry. Facebook is rich. How Facebook able to keep WhatsApp alive without monetizing it, without ads and without selling stickers (WhatsApp even give away codes to create your own WhatsApp Sticker app, do check here), well better not to delve into that.

On the other hand other popular messaging service here in South East Asia, LINE Messenger, is selling stickers, themes and provide other many other things and services to keep its afloat and alive. And with millions of users are actively using the services and buying, making it more than sufficient to cover the cost running the messaging service.

But Blackberry isn’t kill everything about BBM!

For BBM die-hards, there’s still good news left. In short, BBM is still available. Blackberry is not totally killing it. The catch is, you need to pay to use it.

It’s going to be subscription based where you need to pay a sum amount each month every months you wish to use it. As of when I write this article, unfortunately I couldn’t find any info related to subscription and its pricing.

Why Blackberry (including BBM) was a success but no more.

The idea of selling a device that can send email and have a messenger attached to it was a good idea but not good enough as competitors were quick to find a way to create a similar devices.

The year was 2006. I was an University student back then. I love gadgets and was considering myself as gadgets geek. I pretty much knew each and every model of smartphones back then. Symbian and Windows Mobile were the king of mobile OSes. Nokia was king of Symbian smartphones and Microsoft with its Windows Mobile was king of PDA. Apple has not launched the first iPhone yet. But then lately (in the same year 2006), many of my friends (college students) were disrupted by new kind of gadgets. It’s called Blackberry and the form factor was fascinating (well, it was back then). It has small keyboard attached to it and it’s candy bar, unlike Nokia communicator, this new gadget could easily fit to anybody’s pocket. And so steadily it gained tractions among students and teenagers. Many switched to BlackBerry.

As both a modest University student (read: don’t have much money to spend on) and gadgets geek, seeing Blackberry main selling points were its paid messenger (the subscription based BBM) and its ability to send and receive email was never a turn on for me. Plus the OS (read: BlackBerry OS) run Java which known to lag a lot – if you compare with Symbian and Windows Mobile back then.

On my mind, “How hard it is to setup messengers and email on your smartphones or PDAs?”

Using my PDA (it was O2 XDA 2S, running Windows Mobile 2005 – here is the picture of the PDA), I could easily setup a messenger (Yahoo! Messenger or MSN Messenger) and chit-chatted with my friends. And with little efforts, I can also send and received emails from my PDA. And even, using my Nokia N-Gage (which was running Symbian OS 6 – here is the picture of the phone), I could also setup and run messengers and emails. So for me, BlackBerry and its paid BlackBerry Messenger were a big no-no. Lucky for me too, not every body in college was able to afford BlackBerry – PDAs and Nokia were cheaper, otherwise they were all going to use BlackBerry Messenger and left me behind.

BlackBerry was booming, because – apart from the fancy form factor (back then) – people were either don’t know how to setup a messenger and email or lazy to do so or combined. In South East Asia, most of the people using BlackBerry were because it was so easy to start chatting with their friends – almost zero setup – and many didn’t know if other phone can also have similar setups with small efforts.

With the birth of iPhone in 2007 and Android on the following year, and BlackBerry slow progress to catch up with competitors, and with more and more people getting smarter and they realize that any smartphones – it doesn’t have to be BlackBerry – can run a messenger and sending receiving emails, that’s when BlackBerry was sort of doomed. People were switching over to iPhone and Android smartphones.

For all the reasons above, for sure I won’t miss you, though I should appreciate your idea and your being here in this world, because without you, the world will never be the same – we may never have messengers on smartphones, we may never be able to send and receive email on smartphones. 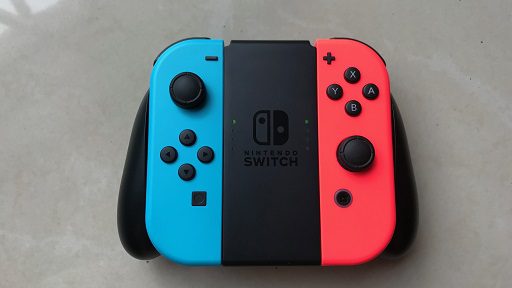 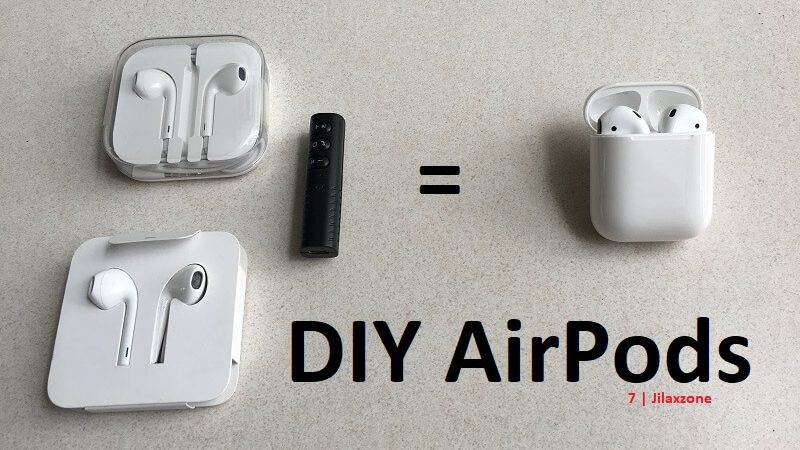 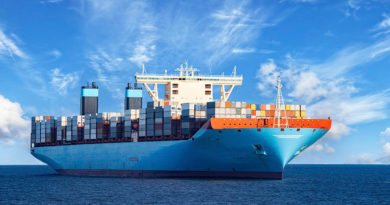 These are differences between Container and VM